Rendezvous came with a Webasto forced air heating system which was inferior in a number of ways. I decided to replace it with hydronic, but had to do some investigation first.

This is a companion discussion topic for the original entry at https://seabits.com/hurricane-chinook-hydronic-heating-system/
1 Like
deregtd December 27, 2021, 5:23am #2

Awesome writeup! I’m trying to figure out what to do for a full hydronic heat pump + diesel heat solution for our power cat. I originally contacted Webasto directly and had two guys come out and measure a bunch of stuff while we were on Lake Michigan, but they’ve been working on a full quote for 3 months now, and the initial rough one was riddled with mistakes and didn’t include diesel heat. So I’m considering doing this myself, exactly as you did.

Did you ever look at a fully integrated heat pump + diesel solution? I realize that there’s probably not a lot of need for A/C even in your warmest summer cruising up there, but figured I had to ask.

The webasto air handlers are also an order of magnitude more expensive than all of the units you looked at for this article, which is annoying. But maybe you need that to support both cold and heat or something… Still in pretty early exploration here, but your article supports my theory that I could completely do this myself, especially if I slowly add air handlers over the year as I have time to plumb things one by one, and eventually fully replace my existing triple heat pump system that came with the boat…

Thx for another well researched topic and fantastically detailed write-up. Very timely too, with temp at 19F at the hovel this morning, and for a friend who is outfitting an expedition sailboat.
-Mic

Did you ever look at a fully integrated heat pump + diesel solution? I realize that there’s probably not a lot of need for A/C even in your warmest summer cruising up there, but figured I had to ask.

I have looked at these in the past, but I did not for Rendezvous mainly because of complexity and cost. There aren’t as many solutions out there that can do both, which further limits your choices.

I like combining things when they make sense, but it seems this industry hasn’t really gotten there yet. I was even worried about combining heat + hot water with the Chinook as some of the earlier models from ITR and others had issues from trying to do too much in a single solution.

I also think for redundancy it might be nice to have separate reverse cycle and diesel heating systems. I’ve seen plenty of boats that have had shared ducting for the air delivery side, so you could at least limit things on that front. But ultimately you’d have a reverse cycle system and associated handlers and water loop, and then a diesel system as well.

Very timely too, with temp at 19F at the hovel this morning, and for a friend who is outfitting an expedition sailboat.

Aha! Good timing for sure! Outside air temp on Rendezvous got down to 23F last night with a wind chill of 17F. 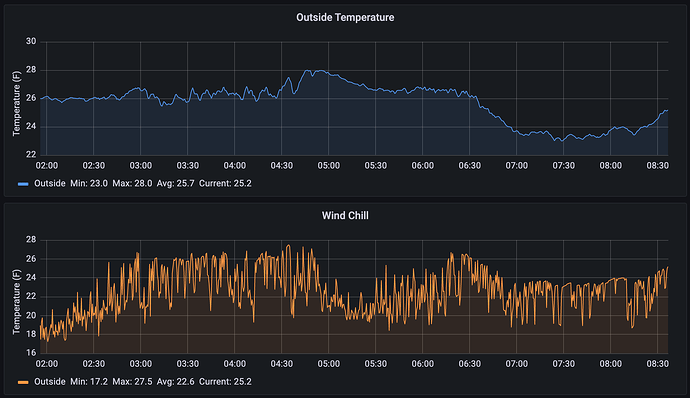 In a perfect world I’d definitely like to do this, but I have the very first world problem of our boat having too many rooms, all of which want both A/C and heat and really do use both sets of things in the current system regularly with our great loop boating – and given that we want to take this boat back to the northwest to do Alaska several times once Starlink is available, the heat will be a super important part of that system.

We’re feeding air to 5 different major areas (2 bedrooms, office, the main living area, and the skylounge/helm), with 2 associated sub-areas (bathrooms) that can be linked to their associated bedrooms and just closed at the vent if applicable. So doing a second fully parallel system would require 14-18 air handlers instead of 7-9.

I’m not installing any heating systems this year or next, but I still enjoyed your article immensely, Steve.
Rendezvous looks to be like-new condition and should sell quickly.
fair seas amid the snow!
Rick

So doing a second fully parallel system would require 14-18 air handlers instead of 7-9.

I think that is the challenge where you need both head and A/C in lots of spaces. I’ve only seen a few integrated systems, like the Webasto BlueCool, that do both, and they’re very expensive and proprietary to the point of being a single point of failure.

I’m not installing any heating systems this year or next, but I still enjoyed your article immensely, Steve.
Rendezvous looks to be like-new condition and should sell quickly.

Thanks for the kind words!

I’m curious what you find. I am in a considering a pretty similar sounding situation. Boat with existing cruisair tempered water system with 7 technicold air handlers and want to add a diesel boiler of some kind to the loop to allow heating without the large electrical demand of the reverse cycle.

TBH, I have found very little on the internet about anyone adding a boiler to an existing system. Have you found any references to this being done? I’m sure it must be a thing, and I probably need to just ring up sure marine or other vendors.

Mentally, it makes a lot of sense to me, but there are some technical challenges about how you interface the systems without them colliding.

The Webasto manual describes it in pretty good detail, but obviously relies on being a single-make integrated system – https://www.webasto-comfort.com/fileadmin/webasto__media/webasto-comfort.com/INT/Documents/083_StH__KAT_Marine_ENG_Einzelseiten.pdf

I haven’t seen anything else out there than the Webasto system, unfortunately.

Great writeup. We’ve been running this exact system on Turtle for the past two winters and it works great. Two things we’ve observed. 1) the system placement matters. We have it just behind the midship stateroom and it’s actually fairly loud. 2) the touchscreen occasionally (every few months) becomes unresponsive and the only way to bring it back is to cycle the power (by either resetting the system breaker or unscrewing the screen to unplug and replug it). ITR sent me a replacement unit and the new one does the same thing. You can still manage the system with the app, but not from the touchscreen, until a reset.

The unlimited hot water is amazing.

We just spent a frigid Christmas week at dock with 50A power and found that the AC elements reduced the diesel cycles by maybe 50%, which was really nice over the cold nights, given how loud ours is.

Over all, the system is a vast improvement over forced air.

I totally forgot about this! Mine has done this 2 times, and both times I unplugged the screen and plugged it back in, and everything started working again. I contacted ITR but never heard back from them as to their thoughts. Sounds like it is something funky going on!

Glad you have had good results with your system!

Happy Heaterdays! Quite a write-up in rich detail. I am about to replace the water supply piping on my boat but am favoring using Pex-A, the expansion type tubing. It’s the most flexible of the Pex family, and has less flow reduction from fittings, and it’s easy enough to insulate on the hot water side. Did the need to use special tools and fittings play a big part in your decision to use rubber water hose?

Nope, not really. I replaced almost all of of my water system throughout the boat with PEX a few months before this project. I have all of the tools for that too.

Hi Steve, Thanks for the great write up. I installed a Chinook in my boat last February and like you chose heavy duty thick wall 3/4" hose. Easy to run, connect and reconnect. I used screw clamps but will consider the spring clamps which are commonly used with Onix hose in residential and commercial hydronic systems. I haven’t connected the hot water yet as I was considering how to link the existing 20 gallon Raritan electric tank to the Chinook. Does your Chinook heat the contents of your traditional tank? I assume that your engine still heats the existing tank. Can you elaborate on your setup? Thanks

I think the ITR manual has a section on the hot water side as it’s a bit different than traditional hydronic setups.

Older setups used the in/out coolant ports on normal hot water tanks, like your Raritan, and circulated hydronic coolant through those to heat the hot water. It takes quite a while if the tank is cold.

The Chinook has its own heat exchanger inside the unit dedicated to providing what they call domestic hot water. If the unit is on, it essentially provides instant hot water by running cold water through that exchanger, and bringing the temperature up to about 120F.

In my article, I talked about how I built a series of valves to allow for me to use my existing Raritan hot water heater and run things through the Chinook. I think there is a diagram too that shows the piping. Essentially, the Raritan is “down stream” from the Chinook, and you have to disable or change the thermostatic mixer in the Chinook in order to use both in-line. You could also do this where you have multiple sources into a manifold but I think that the end result of what I’ve done is about the same.

My engine(s) were not plumbed to the hot water tank, so this is one of the reasons I wanted the Chinook to heat water while away from the dock. The only other way was to run the generator and then turn on the Raritan AC hot water tank, which would take 30-40 minutes to heat up.

I just started my installation of this exact system on my 49’ DeFever RPH. Thanks for the detailed write up. I’m using a combination of PEX (expansion fittings with the Milwaukee tool) and heater hose. Right now I’m trying to decide if it would be acceptable to run pex up the columns between the pilot house windshield and the flybridge. There’s a lot of wiring running up these columns in a tight spot so heat from the loop would be a concern. There’s no other good option top get heat to the flybridge so I’ll just do without if need be. I like your setup for the wiring next to the control board and id like to copy it but what is the part number for the block you used for the thermostat wiring?